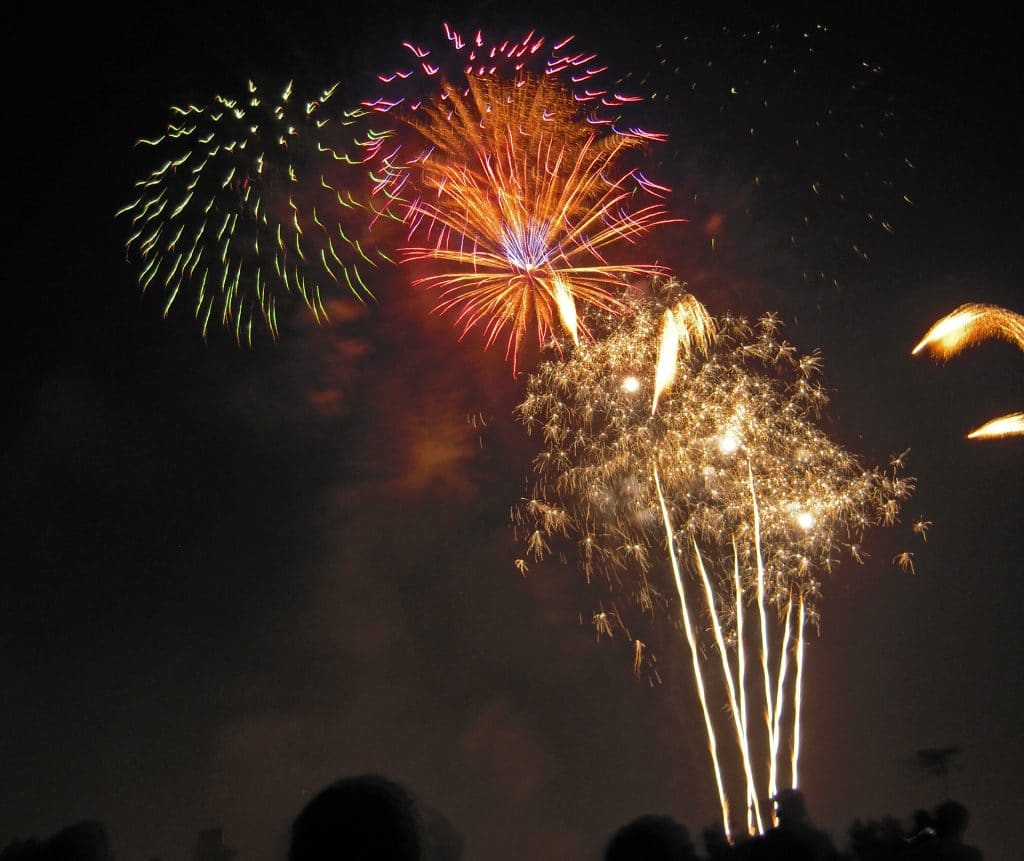 Bedtimes were ignored in Tustin as Roman candles, skyrockets, fountains, whirligigs and sparklers were shot off after sunset.

When I was a kid Tustin had no community fireworks show such as the one that will take place on Sunday at Northrup stadium. Fireworks were legal and on sale everywhere.

Every kid’s desire was his own supply of skyrockets, Roman candles, tiny red lady fingers, whirligigs, snakes and sparklers. Not many of us managed to save up enough nickels and dimes to buy a box of assorted fireworks, but luckily parents remembering their own childhood often would provide the cash for such a purchase.

We became proficient in producing the maximum amount of noise from lady fingers. Unless the dogs cowered and the cats fled, we felt it was not a proper celebration.

We soon learned that if you stuck the tiny red finger-shaped explosive under a tin can after you lit it, it would produce a much louder bang. Older kids taught us that the result of tying several together and lighting them all at once created a magnified and continuous rat-a-tat as each one ignited.

Although our parents preached safety first, we scorched our fingers as we held lit firecrackers too long before tossing them. Hair was singed and eardrums throbbed from the racket, but we tolerated no cease fire from morning to night.

Bedtimes were ignored as Roman candles, skyrockets, fountains, whirligigs and sparklers were shot off after sunset. Dads usually insisted on supervising the lighting of these fireworks which whooshed into the air with a sizzle of color and could be fickle unless properly directed.

Camaraderie was the rule of the day. We gathered together, trying to outdo each other in the amount of noise created, the animals frightened and the adults annoyed by our noise. Neighbors and friends gathered at night to pool their firework collections, thus longer and more brilliant displays.

Picnic suppers of fried chicken and potato salad followed by freezers of homemade ice cream, cakes and cookies fueled everyone for the after dark activities. Our family followed a tradition dating back to my mother’s childhood. The family whose citrus grove adjoined ours always hosted a multigeneration celebration which included our family.

After we had eaten our fill at supper, several men were designated to be in charge of fireworks while the rest of the group moved to lawn chairs and blankets placed well away from the lighting zone. This cautious routine had begun years before after a match was accidentally dropped into a large pile of fireworks. Dozens of Roman candles and sky rockets had ignited, scudding along the ground in all directions, with children and adults dodging and running to keep away from them.

After this scary night, even sparklers were limited to a designated area with adults lighting them and supervising the children as they waved and twirled the glittering sticks in the air. No one wanted another frightening experience.