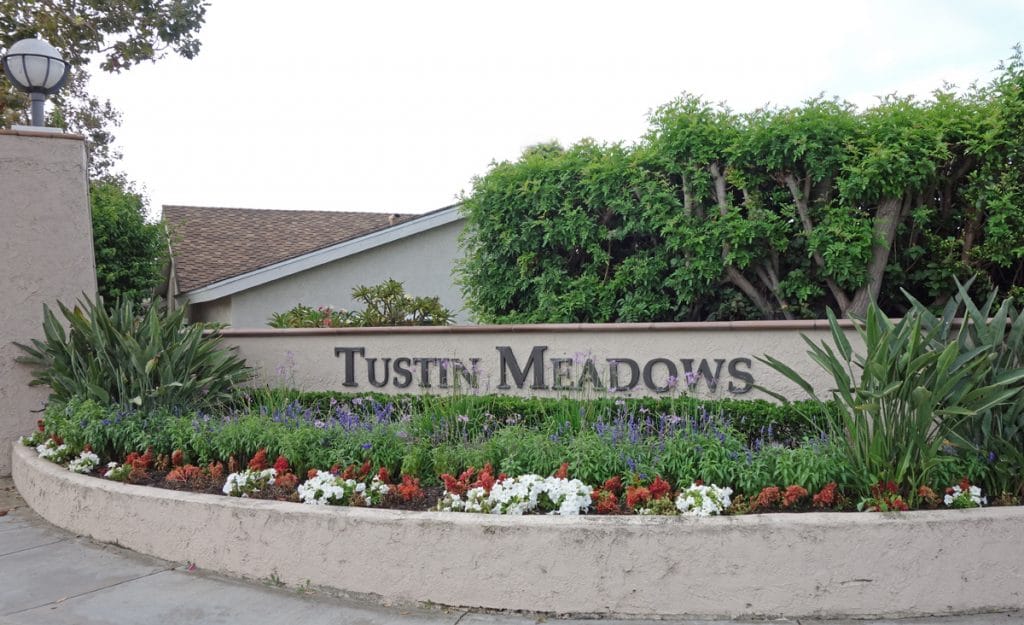 Centennial Park, built as the hub of the Tustin Meadows development in 1968 and a wonderful place to stroll as well as a source of family fun, was one of the first parks developed to serve a Tustin community.

A wall erected around the Irvine Co.’s bean field at the corner of Walnut and Red Hill was the first sign that a change might be coming.

Soon everyone knew that the Irvine planning staff was working on something. That something resulted in the property being annexed to the city of Tustin. The Robert H. Grant Co. was commissioned to build the first Irvine-developed community in which the homeowner would own the land under his house, not lease it.

Nine hundred homes would be built surrounding an 8 acre park to be designed by Erikson, Peters and Thomas, landscape designers. Called Centennial Park in recognition of Tustin Meadows opening during Tustin’s centennial year of 1968, 100 years after Columbus Tustin laid out the town, the oval shaped park would have a central meadow as well as a myriad of recreational facilities.

The park, which was dedicated to the city of Tustin, still offers great family fun with basketball, handball, and volleyball courts, swing sets, sand, and jungle gyms as well as barbecues and picnic facilities.

Six floor plans with 15 different elevations were planned for the community, which was unusual in that its streets were designed to discourage through traffic. Early prices of $19,995 to $29,995 made the community especially attractive, along with the community’s many amenities including two clubhouses with swimming pools.

Approximately 15,000 people visited during Tustin Meadows grand opening, many taking advantage of horse-drawn surrey tours of the property. Six hundred homes were sold the first year. Many of the new residents became active in the city. Don Salterelli and Joe Langley would both serve on the City Council and as mayor. Ursula Kennedy became the first woman to be elected to the council. Jill Leach became editor of the Tustin News.

In June 1968 Tustin Mayor Tony Coco presented Tustin’s Annual Beautification Award to a Robert H. Grant representative at the annual Chamber of Commerce dinner. A second trophy was given to the Irvine Co. in recognition of its continuing beautification program.

There were no shopping centers, traffic signals or schools in the area when construction started, but St. Cecilia’s Church, Thorman Intermediate and Currie Middle schools and medical facilities as well as many shopping centers with fast food, restaurants, groceries, gas stations and other facilities soon opened.

Tustin Meadows with massive trees, beautifully landscaped yards, well-kept homes and community spirit is one of Tustin’s most attractive residential areas. Only the price has changed. Most homes now (editor: in 2010) sell in the high $400,000 and $500,000 range.