The battle for the Southern Pacific 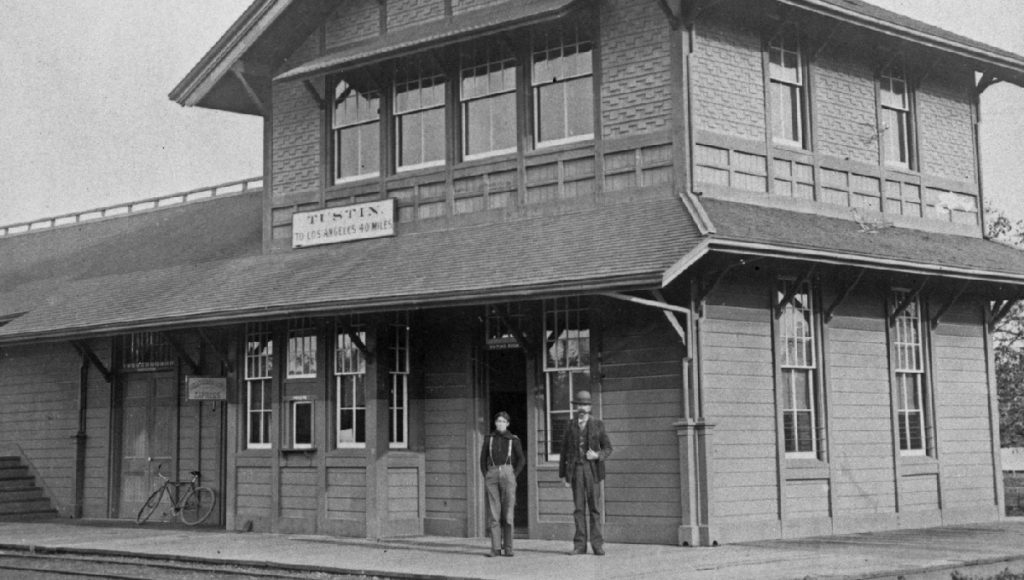 Tustin and Santa Ana have fought over many things, but one of the biggest battles was the fight for the Southern Pacific Railroad back in the 1800s.

Southern Pacific had extended its tracks from Los Angeles to Anaheim by 1874 and wanted to keep going with a station in either Tustin or Santa Ana. Both towns vied for the prize, but according to Stephen Donaldson, a railroad historian, Santa Ana won by offering $10,000 in cash, land for a depot and a free right of way through town.

The station was completed and Southern Pacific arrived in Santa Ana, a village of about 500 people, in 1877. Despite having lost the prestige of the station, the people of Tustin had achieve a way to reach Los Angeles without spending a day traveling by horse drawn wagon or buggy.

But the privilege cost them dearly. Taking advantage of their monopoly, Southern Pacific charged $4 (a tremendous sum at that time) for the three hour trip to Los Angeles. Freight rates were equally high for farmers and merchants who complained that Southern Pacific was gouging the public and putting a strangle hold on the local economy.

This monopoly was broken when the Atchison, Topeka and Santa Fe extended its line from Riverside to Santa Ana in 1887, threatening to cut into SP’s trade. Southern Pacific responded by extending the Anaheim line south into Tustin along Esplanade and building a large two story depot with freight facilities on Newport Avenue, south of Main Street. The train made two trips a day into Los Angeles, overnighting at the Tustin station where it was reversed on a turntable.

Collis Huntington, president of Southern Pacific, considered one of the most powerful and economic forces in California, was still fuming over James Irvine, Sr.’s refusal to let Southern Pacific lay tracks across the Irvine Ranch back in 1877. With a base in Tustin, he was determined that his railroad would make use of this most direct route between Los Angeles and San Diego.

One Sunday morning in 1888 a Southern Pacific crew began laying track from the Tustin terminus to the edge of the Irvine Ranch. They planned to lay as much track as possible while the courts were closed for the weekend, but they hadn’t reckoned with Irvine ranch hands who faced the track crew with guns drawn and threatened to open fire if the workers attempted to cross the Irvine property.

The track layers backed off and on Monday Irvine Ranch officials obtained a court order blocking Southern Pacific from the ranch. Irvine then gave Santa Fe the right to cross the ranch and the track which is still used today was extended between Santa Ana and San Diego. The unused SP track south of Tustin was torn up in 1910.

Although passenger service to Tustin halted temporarily in 1903 and permanently in 1923, Southern Pacific continued to haul oranges from local packing houses on the Tustin line until the bridge across the Santiago Creek washed out during heavy rains in the 1960s. The station was eventually torn down and the tracks removed. The walking path that runs along Esplanade in North Tustin uses the property.