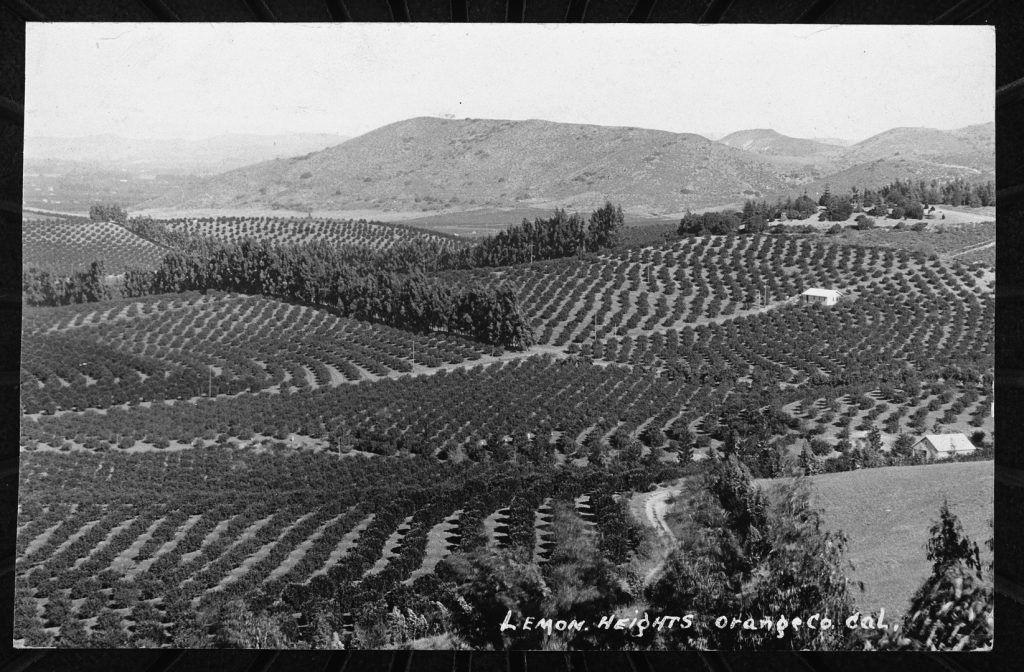 In 1921, Samuel Armor predicted “doubtless many palatial residences will be erected there in the near future, whose occupants may thus perennially enjoy the beauties of nature enhanced by the arts of civilization.”

Lemon Heights has become the Beverly Hills of North Tustin, but it was not always so posh. The hillside was raw undeveloped land for many years. C. E. Utt and Sherman Stevens, successful Tustin businessmen, were the first to recognize its potential. They bought 600 acres of the hill in 1910 and improved it with citrus orchards, including many lemon trees. Soon the area was known as Lemon Heights.

George E. Marcy, a wealthy Chicago businessman who visited this area often, later bought most of the Utt/Stevens property as well as acreage from others including James Irvine until he accumulated a total of 17,000 acres. The headquarters for the Marcy Ranch were on Newport Avenue, north of today’s Barrett Lane. The majority of the land was unfit for cultivation, but Marcy had other plans for it.

He planned to use about 300 acres to develop a park similar to Smiley Heights, a beautiful park in Redlands. Since the area had only one well, water for irrigation was brought from wells in Tustin and stored in a large reservoir on the very top of the hill. Giant trees, shady walks with an abundance of green planting and a lake with swans added to the beauty of the area. Today, bounded by Cowan Heights, Skyline and Equestrian Drives, it is a lovely residential area.

Access roads and scenic drives soon intersected the hilly terrain. Visitors drove up the hill to enjoy both the views and the park when it was completed. The roads were popular test sites for those considering the purchase of an automobile. A vehicle that could maneuver the steep inclines was powerful.

Utt, who controlled much of the water supply through the Tustin Water Works, continued to grow citrus, grapes and peanuts on about 200 acres of the land. Soon others were acquiring land in the area. Samuel Armor’s “History of Orange County California,” published in 1921 by the Historic Record Co. in Los Angeles, lists former Chicagoans Robert M. Simons as owning 90 acres of oranges and lemons, and Dr. and Mrs. Bartholomew as owners of 65 acres. Santa Ana residents purchasing property on Lemon Heights included Arthur Lyon, who later reportedly refused $108,000 for 38 acres of citrus, and Dr. Wilella Waffle, who owned 30 acres of lemons.

Discussing the “fine view of the valleys and plains, constituting the central and south portions of the county” that could be seen from Lemon Heights, Armor predicted “doubtless many palatial residences will be erected there in the near future, whose occupants may thus perennially enjoy the beauties of nature enhanced by the arts of civilization.” 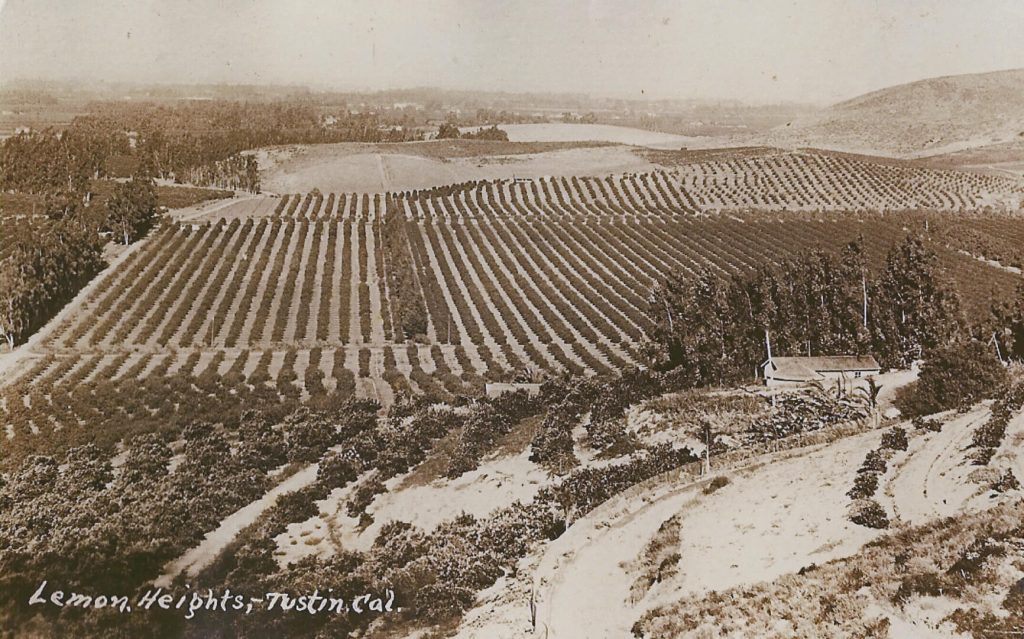 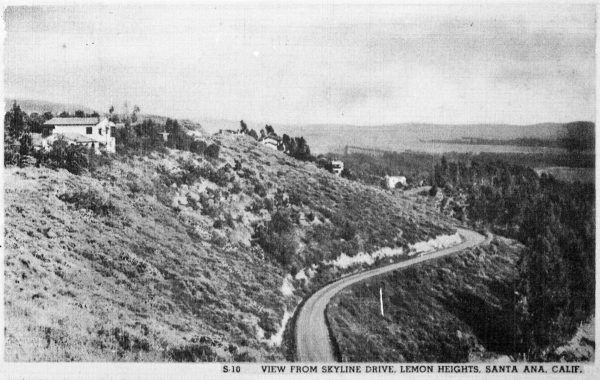