As Tustin grows, so have the schools 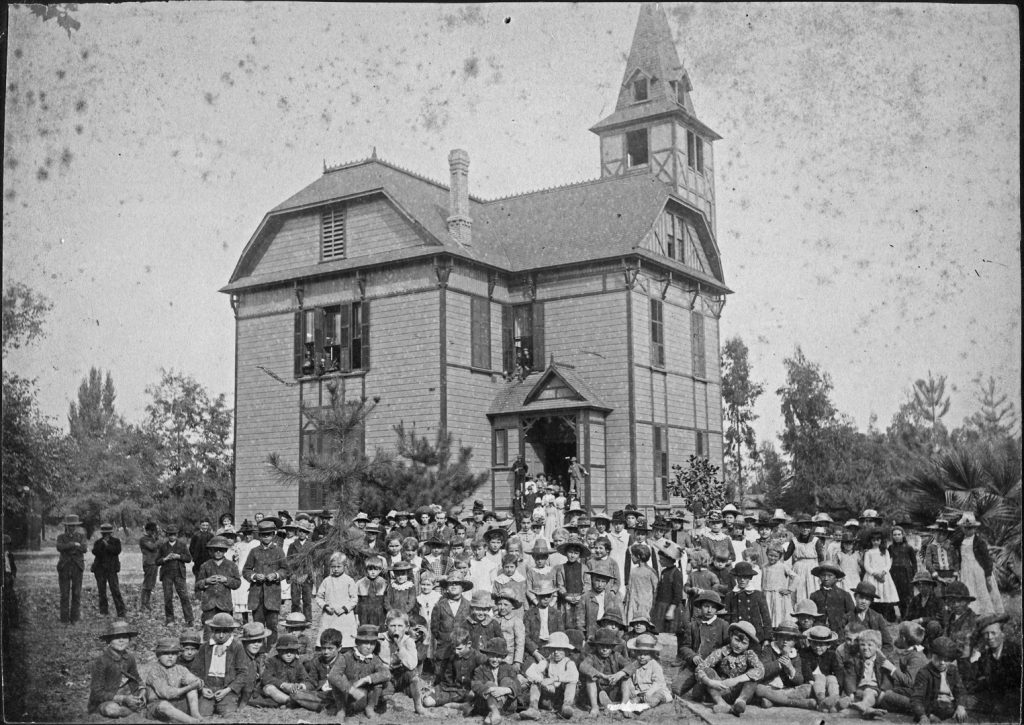 In 1872, about 28 students would attend Sycamore School off and on with five of the children coming from the Columbus Tustin family.

When Tustin Unified School District began the fall semester Wednesday, over 1,000 certificated teachers were on hand to greet more than 22,000 students at 30 schools. What a difference from Feb. 5, 1872, when Sycamore School District opened in Tustin under the auspices of the Los Angeles County Board of Supervisors.

About 28 students would attend Sycamore School off and on with five of the children coming from the Columbus Tustin family. One teacher was hired, Miss Anna Casad, with a contract for three months. Compare her salary of $60 a month with the Tustin Unified School District’s budget of $166 million.

Class was held in a house owned by Columbus Tustin, who received $8 in rent monthly. The new Board of Trustees voted to assess a tax of $900 to build a schoolhouse plus a tax of $300 for school purposes. However the Sycamore School District purchased Tustin’s house for about $700 in 1875.

A two-story building with a total of four rooms and a bell tower was built in 1882 to replace the first school, which could accommodate fewer than 50 students. Students from Tustin City and surrounding ranches attended the new school until a larger school with two class buildings was opened in 1914. These schools were erected on the school block, a site bounded by First, Main, B and C streets, reserved by Tustin when he laid out the map for his new community,

Students wishing to continue their education after graduating from the eighth grade went to Santa Ana High School until 1922 when the first Tustin High School was built on the property now occupied by its replacement. Students from El Toro, Trabuco, Irvine and Laguna Beach attended Tustin High in its early years.

The two schools, which served students through eighth grade, each had about 150 students. Classes averaged 20 pupils. Most grades had two sections, but if there were too few for two classes, two grades were combined into one class.

A fleet of big yellow busses cruised the area which extended to Browning and Lemon Heights on the east, Ritchey on the south, and Grand Avenue on the west, picking up students. Very few children lived within walking distance.

The increase in the number of schools, faculty and students since those days is mind boggling. Columbus Tustin probably never dreamed that eventually his designated School Block would be too small the serve the needs of the community.

PrevPreviousTanks for the memories (Gas stations in early Tustin)
NextTustin Meadows homes started at $19,995Next