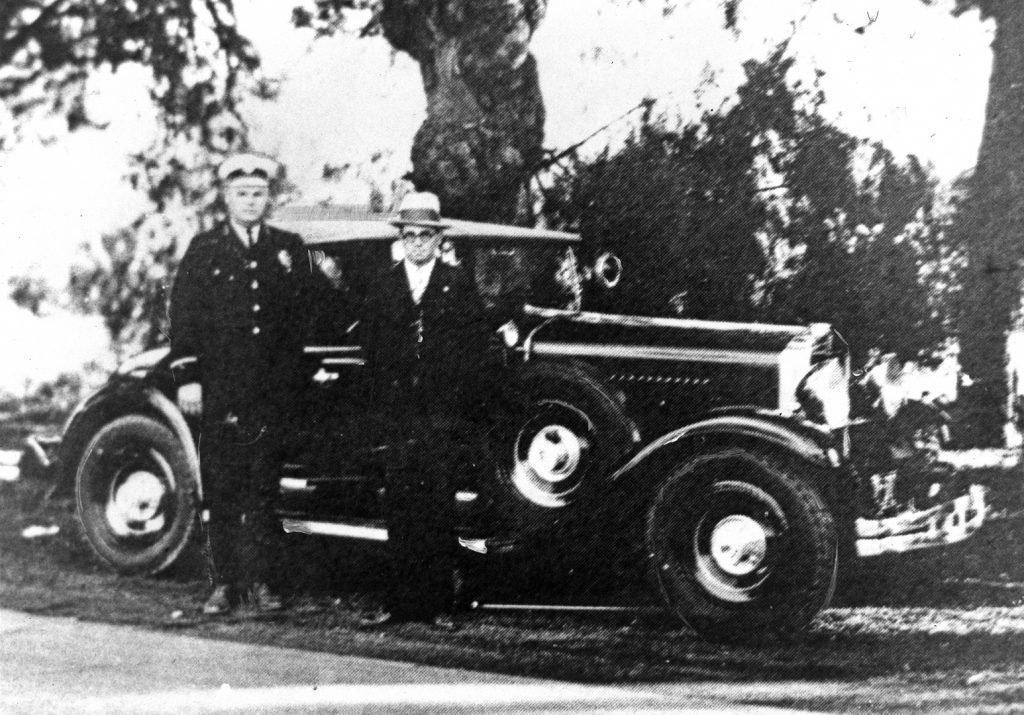 Hiring John Stanton as the first and only policeman to serve in the just-incorporated City of Tustin was the first action taken by the newly elected City Council in 1927. Stanton, who became known as Big John, kept the position until 1942. 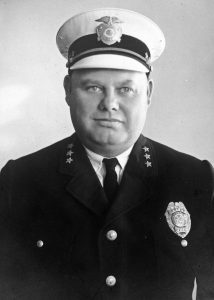 Tustin was slow to incorporate as a city. Santa Ana completed its incorporation in 1886, followed by Orange in 1888, but it was 1927 before Tustin asked its citizens to vote on incorporating.

Even then the population didn’t seem too eager to complete the process. Only 248 of Tustin’s 900 residents went to the polls on Sept. 14, 1927. Of these, 138 voted for incorporation and 110 against. Five Board of Trustees members, Byron “Barney” Crawford, Fred L. Schwendeman, Charles F. Logan, W.M. Huntley and E.L. Kiser, were elected on the same ballot. Crawford was named president at the first meeting of the board.

His title was changed to mayor at the second meeting. Later the board renamed itself the city council. The first city hall was located in the Knights of Pythias building. Mayor Crawford served for five years and several of the councilmen served for more than 10 years continuously. The council’s first action was hiring the city’s first policeman. Accepting a firetruck for use by the volunteer fire department – Sam Tustin’s converted Buick touring car, a gift from the Chamber of Commerce – and resistance to Santa Ana’s attempt to annex parts of Tustin’s 200 acres were other early accomplishments.

City offices and the fire department moved into a shared building on Third St. in 1931. Serving on the Tustin City Council was more title and honor than work during these early years. But it became more difficult as time passed and Harry Gill was hired as the first Tustin city administrator in 1965. A building to house city offices, council chambers, a community room and the police department was built in 1974 in what would become the Civic Center.

During the 1950s Tustin increased 220 percent in size with annexations in the immediate area. During the 1960s annexations expanded into recently subdivided land that had been agricultural property. The population increased 1,012 percent in these years, going from 2,006 to 22,313. The land area increased from 434.23 acres to 2,214.77, a 410 percent increase.

Several large annexations greatly increased the city’s area between 1971 and 1981. The Marine Corps Air Station property now being developed as Tustin Legacy was annexed to the city during this time, adding 2,076 acres to the area of the city. Upon completion Tustin Legacy is expected to include approximately 4,200 new homes; over 10 million square feet of nonresidential space including major office, retail and entertainment space, a business park and educational and community support facilities. Over 275 acres will be dedicated to parkland and recreational open spaces featuring a two-mile community linear park with walking spaces, playgrounds, natural areas and sports facilities.

Although the number of people living in Tustin increased to 71,767 this year with that figure expected to swell to 94,754 by 2020, the City Council has remained at five members. Operating under a council-manager form of government, the city has 290 full time employees and a $43 million general fund budget.

Forbes magazine chose the City of Tustin as one of the 25 best places to live in the United States.

PrevPreviousTustin Meadows homes started at $19,995
NextHome Garden Tour of 2019Next