History of the Blimp Hangars 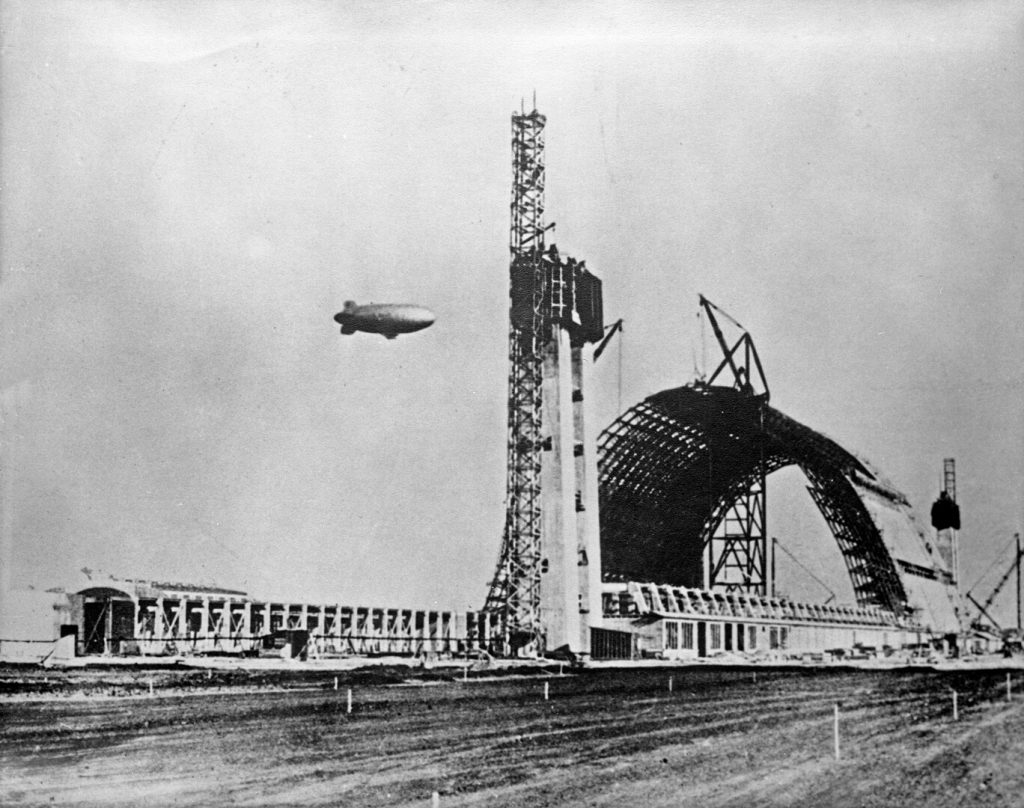 This base was built in 1942 as the Santa Ana Naval Air Station.  The blimps were used to patrol America’s coastline primarily to watch for enemy submarines.  The “Santa Ana” designation was included because it was located in unincorporated territory.   According to some sources, in the early 1950s the facility was known as “Hangar City” during a period between being operated by the Navy and then the Marines. Later the name was changed to the Marine Corps Air Station Tustin.

Most of these photos are from the collection of the Tustin Area Historical Society. A few are from the Library of Congress.

More information on the LTA base can be found at:

Click the buttons below to see the images of then and now. Contact our webguy if you have any questions or have additional photos or information to add. Here are links to recent historical works on the base and the hangars:

Base Property and Historical Use

The former Marine Corps Air Station (MCAS) Tustin was initially established as a Navy lighter-than-air (LTA) base and commissioned in the fall of 1942. The station was used to support observation blimps and personnel that were necessary to conduct antisubmarine patrols off the Southern California coast during World War II. The facility served as an LTA base until 1949, when it was decommissioned. In 1951, the facility was reactivated to support the Korean Conflict. It was the country’s first air facility developed solely for helicopter operations. By the early 1990s, MCAS Tustin was a major center for Marine Corps helicopter aviation on the Pacific Coast. Its primary purpose was to provide support services and material for the 3rd Marine Aircraft Wing and for other units utilizing the base. About 4,500 residents once lived on the base, and the base employed nearly 5,000 military personnel and civilians. In addition to providing military support, MCAS Tustin leased 530 acres to farmers for commercial crop development. For many years, agricultural lands surrounded the facility. However, since the 1980s residential and light industrial/manufacturing areas have developed adjacent to the station.

On April 8, 1975, the two hangars were designated as National Landmarks and placed on the National Register of Historic Places.

In 1991 and again in 1993, under the authority of the Defense Base Closure and Realignment Act of 1990, it was announced that MCAS Tustin would be closed.  Operational closure of the MCAS occurred in July 1999.   Of the approximate 1600 acres, approximately 1294 acres have been conveyed to the City of Tustin, private developers and public institutions for a combination of residential, commercial, educational, and public recreational and open-space uses.  The remaining 308 +/- acres will be conveyed to other federal agencies, the City of Tustin and public institutions for the same uses.