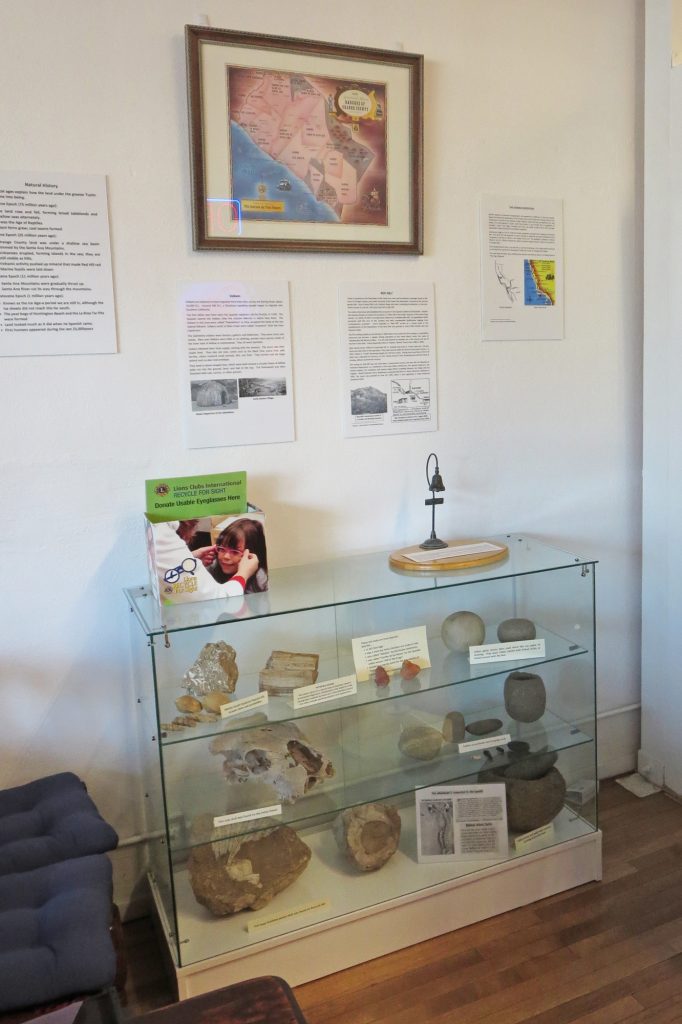 The Native Indians and the Early Spanish/Mexican Ranchos

Indians tribes are believed to have been in California for over 20,000 years, possibly having migrated here from Asia, across the Bering Strait.

Around 500 B.C. a Shoshone-speaking people began to migrate into Southern California.

The first white men here were the Spanish explorers, led by Gaspar de Portolá, in 1769. The Spanish named the Indians after the mission districts in which they lived. The Indians in this area were called “Gabrielinos” as they occupied the lands of the San Gabriel Mission. Indians south of Aliso Creek were called “Juaneño” after San Juan Capistrano.

The Gabrielino Indians were hunters, gathers and fishermen. They were short and stocky. Men and children wore little or no clothing, women wore aprons made of the inner bark of willow or cottonwood. They all went barefoot.

Indians followed their food supply, moving with the seasons. The acorn was their staple food. They also ate nuts, seeds such as the Black Chia, yucca fruit, wild berries, clover mustard small animals, fish, and fowl. They hunted and ate large animal such as deer and antelope.

They lived in dome-shaped huts, which were built around a circular frame of willow poles set into the ground, bent, and tied at the top. The framework was then thatched with tule, carrizo, or other grasses.

Spanish explorers undertook the exploration and settlement of California. To that end, Captain Gaspar de Portola was appointed in 1767 to lead a party which would aid Franciscan friars in the replacement of Jesuits at the missions in Baja California. When that was accomplished, Don Jose Galvez, the visitor-general of Spain under King Charles III, sent Portola with an expedition to establish a base in San Diego. Traveling with them was Father Junipero Serra who had been appointed to take command of the Mission Expedition

Leaving San Diego on July 14, 1769 the Portola expedition marched north, looking for Monterey Bay. They were the first Spaniards to travel overland in California and were therefore the first Europeans to set foot on what is now Orange County soil. The expedition camped on Trabuco Mesa on July 24, 1769 and named the nearby mountain range in honor of Saint Ann, mother of the Virgin Mary.

They traveled behind what is now Red Hill, or Cerrito de las Ranas, and a large swamp fronting it on the west that was home to thousands of frogs and known as Cienega de las Ranas.

The route taken by Father Junipero Serra, differed from Portola’s and became known as El Camino Real or “The King’s Highway”.

During the Mission Period soldiers from Spanish expeditions settled near the missions and helped bring about the Rancho Period by filing requests for land grants. The area to become known as the Rancho de Santa Ana was granted to Jose Antonio Yorba on July 1, 1810. It was later divided into two sections, the northern half going to the Yorba family and the Southern half going to the Peralta family, who were related to the Yorba’s. The Cerrito de las Ranas (Red Hill) served as the survey point. The rancho included the present-day communities of Tustin, Santa Ana, Orange Villa Park, El Modena, Costa Mesa and parts of Newport Beach. The property purchased by Stafford and Tustin was located in the Southern half owned by the Peralta’s just under the dividing line between the two sections.

Stafford and Tustin each paid a total of $2,500 each for the 1,359-acre parcel of land. The land was then divided into two parcels of 520 acres each and one parcel of 319 acres. Stafford and his partner, John Fritsch, took one of the 520 acres and Tustin took the remaining 520- and 319-acre parcels. Tustin paid Stafford $400 for the extra 319 acres.