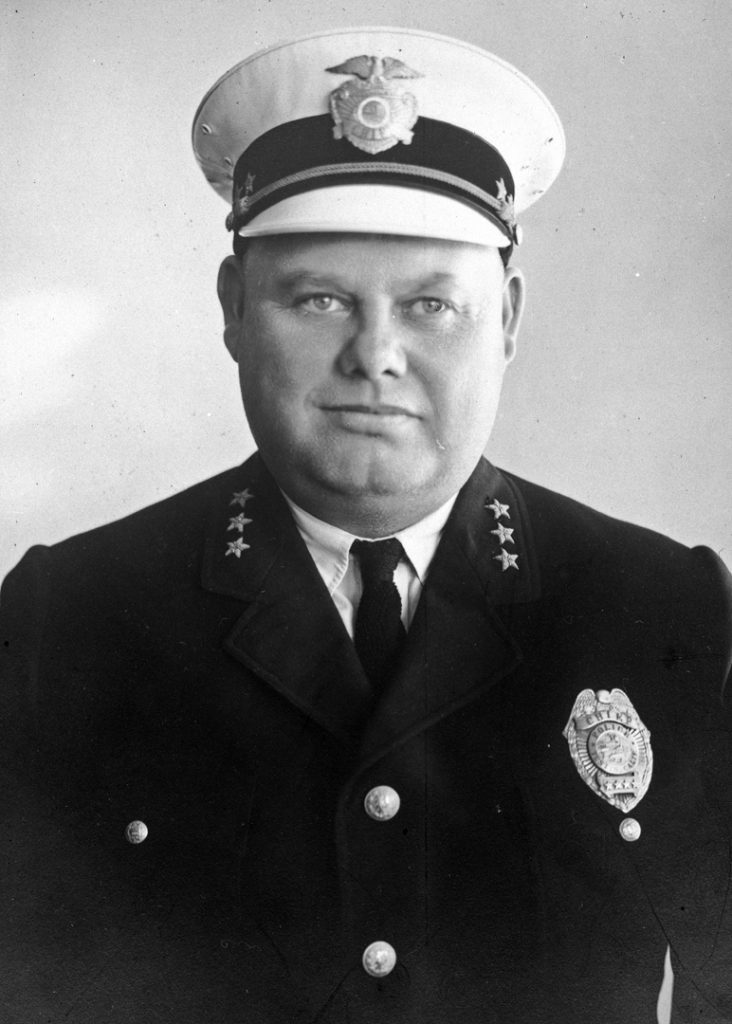 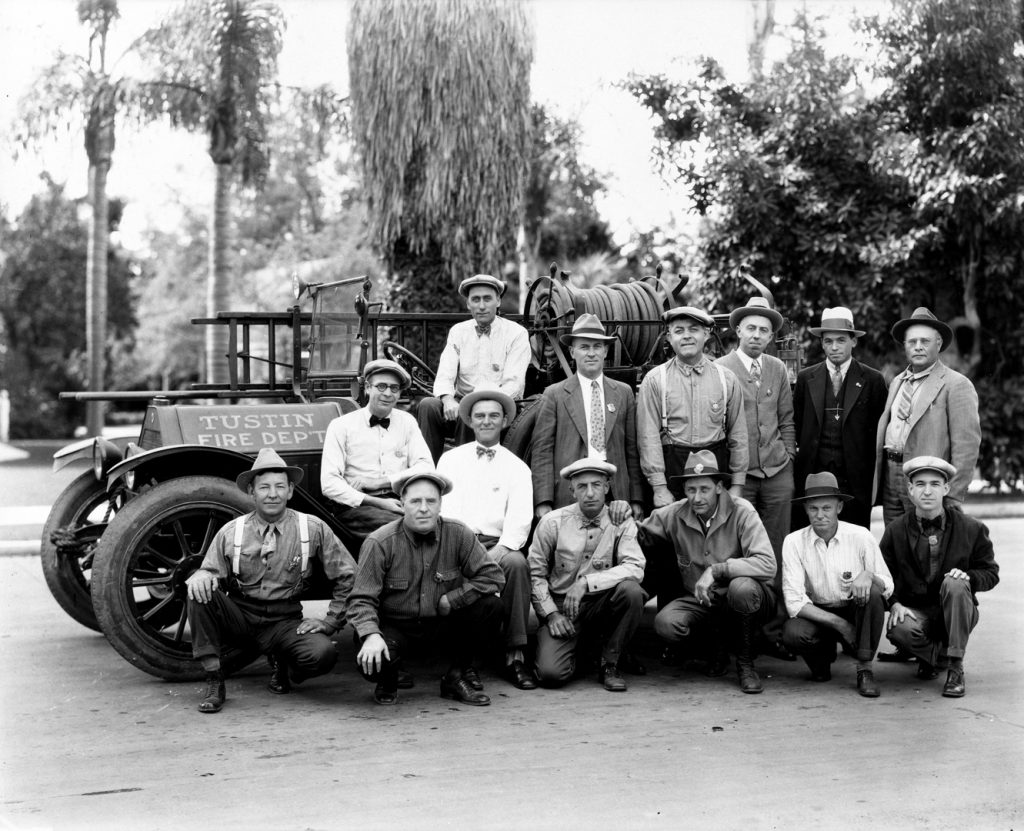 The Tustin Police Department was founded in 1928 and started with only one officer, John Stanton, who was hired to serve as “Street Superintendent.” This title changed to “Chief of Police” two months later. With a salary of $45.00 a month, Chief Stanton was the sole Tustin officer for the next fourteen years. Chief Stanton had no official headquarters and handled calls for service from his home.

From this, the Tustin Police Department has grown to nearly 100 Sworn Police Officers and 55 Civilian Support Personnel. The Department patrols the City of Tustin, which is approximately 11.08 square miles with a population of almost 80,000.

The Tustin Police Department is committed to the “Community Governance policing philosophy and endeavors to improve the quality of life for those who visit, live, and work in the City of Tustin.”

On February 27, 1924, the first organized meeting of the Tustin Fire Department was held at the Knights of Pythias Hall. Sam Tustin donated his 1912 Buick Touring car to the city sometime between 1915 and 1924. The city sent it to Los Angeles to be converted to a firetruck. Until Sam Tustin gave his car to the Department, the only firefighting equipment was a two-wheel house cart that was pulled by manpower to a hydrant.

The first fire chief was George Smith who resigned after one month but stayed with the department until his death in the 1930s. In the early days, the Fire Department held dances and ham sales to raise money for equipment.

In 1927, the City of Tustin was incorporated with a population of 500 and 0.31 miles of land. That same year, a siren was purchased and installed on top of the bank building at D and Main Streets.

In May of 1928, the Tustin City Council voted to take over the fire equipment and started to pay part of the cost of caps, coats, and state insurance for its 15 members. In 1929, L.A. Riehl was appointed Fire Chief.

In 1953 the population of Tustin had increased to 1,134 and still had 15 volunteer firefighters. In 1962 a new Rescue and Salvage truck replaced the 1949 pickup truck as the “rescue squad”. On December 1, 1962, Chief Hilton was appointed full time and was the first paid fire chief of Tustin.

In 1965, a 1250 GPM pumper was purchased and Chief Hilton drove it back from the factory in Clintonville, Wisconsin. Morgan Hilton remained Fire Chief until 1975 when Harry Holmes took over and served until 1978 when the Tustin First Department was absorbed by the Orange County Fire Department.

In the late 1930’s and early 1940’s, the county’s unincorporated area of North Tustin received its fire protection services from the county forestry headquarters in Orange.

A group of 16 men met on October 17, 1948 to organize a fire department that would protect the homes east of Tustin and Santa Ana.

Named the Red Hill Volunteer Fire Department, the group was to consist of 25 men who would each spend four hours per month training and who lived and worked close enough to be able to respond to a fire horn when needed.

The first fire chief was Powell West. Orange County furnished the first fire truck in 1949, but other financing came from contributions from residents and businesses.

The group bought land on the east side of Newport Avenue, just south of Irvine Boulevard, and by 1950 had built the first fire station out of adobe bricks.

In 1964, Red Hill Station was manned by a paid crew during the day and became the first volunteer station to be manned by state personnel.